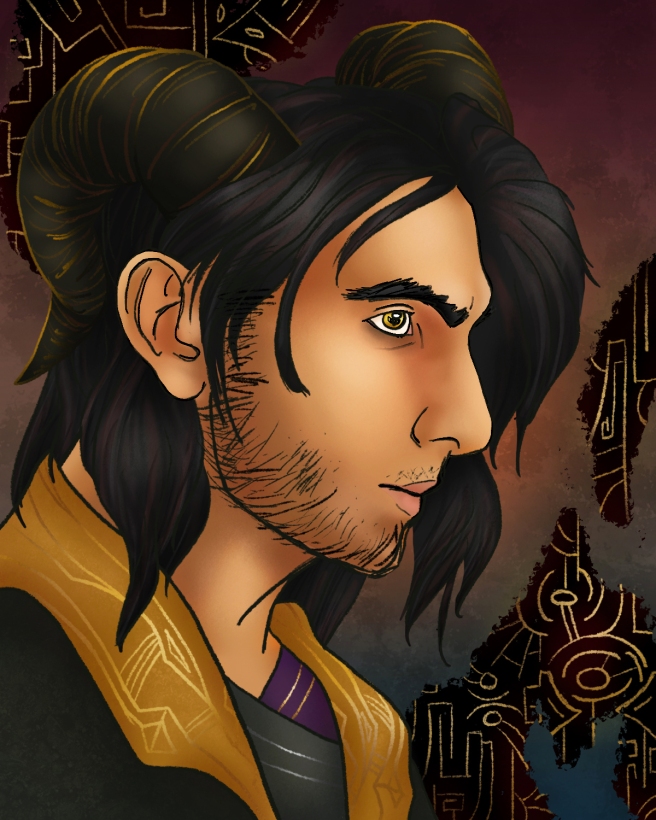 The Demon King has ten chapters, and I’m a little more than halfway done with the first round of edits. I should be able to meet my projection of finishing by March 15, a month after I completed the first draft. The draft is only about 30k words, but progress is slow. The psychic damage I’m taking from finding typos and inconsistencies and unintended repetitions cannot be exaggerated.

This is only the first of five story arcs, so one of my main goals during this round of editing is to ensure that the central conflict is presented clearly and makes sense according to the somewhat limited information available to the reader. This is a short summary:

A powerful wizard named Balthazar wants to find a magical artifact hidden somewhere in the mountains between the kingdom of Whitespire and the ocean, which is highly poisonous. This artifact probably has something to do with the pure water coming down from the mountains and ensuring the prosperity of the kingdom. Balthazar doesn’t mention this artifact to his confidant Ceres, the reigning princess of Whitespire, who is presumably either unaware of its existence or unwilling to discuss it. If Balthazar does manage to find this artifact, the way he plans to use it will result in the downfall of Whitespire.

Balthazar is open with Ceres about his intentions to destroy Whitespire, but he makes no move to attack the kingdom, choosing instead to seek other magical artifacts elsewhere. It’s unclear why Balthazar is taking such a circuitous route toward his goal, but I hope the reader is able to get the sense that he’s not really the sort of person who would harm anyone if he could avoid it. He specifically doesn’t want to harm Ceres, mainly because he likes her.

There’s no significant antagonist in the story aside from Balthazar himself, as he’s going to have to do terrible things and hurt the people he cares about if he insists on achieving his goal. Unfortunately, he’s deadly serious about what he aims to do, so much so that it’s at the core of his sense of identity.

It’s embarrassing to admit this, but I’m inspired by the narrative structure of Homestuck, in which everything seems very silly and trope-driven until the reader gains a better understanding of what’s going on with the world of the story. I think it’s probably a fool’s errand to ask any given writer what themes they’re trying to express, but Balthazar has a line to the effect of “you always have a choice” that’s probably the closest thing to a statement of purpose I have regarding issues of individual freedom and dignity in the face of overwhelmingly horrible circumstances.

Also there are dick jokes, which symbolizes the fact that I like dick jokes.

In any case, once I finish this round of edits, I’m going to let the story sit for another month before writing a formal query. I’ll then do another round of edits before participating in several pitch events starting in late May. I’ll more than likely take the story offline at that point, but you can still read the draft as I edit it on AO3 (here).